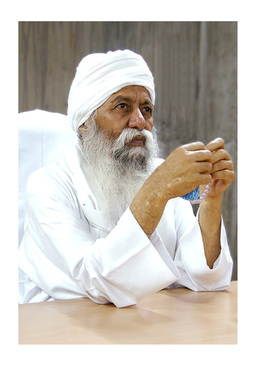 was born on the 1st November, 1942 at Chakar Village, in the District Ludhiana of Punjab, India. His father was Sardar Bakhtawar Singh while his mother was Mata Bhagwan Kaur. He was originally named as Sarup Singh but after partaking “Amrit” the “Panj Piaraes” changed it to Amar Singh. He was only eight years of age when his parents died. He started to visit Nanaksar Darbar, Kalera Village at Jagraon of Ludhiana District, Punjab (India) with his paternal uncle. At the age of twelve he moved permanently to Nanaksar Dera (Centre). Here he was given the duty of reciting “Sukhmani Sahib Path” by Baba Isher Singh Ji. He got special training for harmonium and tabla (kirtan) for two years under the guidance of Giani Kehar Singh who was a very proficient ragi. He was also sent to Dodara Village near Nanaksar where there were many good and well versed “ragis”. Here Baba Ji received training and exposure in the singing of Sikh holy hymns. He was later sent to Bhai Jai Ram Singh, a good associate of Baba Isher Singh Ji, in Amritsar and received further one year training in the singing of hymns and delivery of Sikh religious knowledge under the instruction and guidance of Sardar Avatar Singh Naaz. 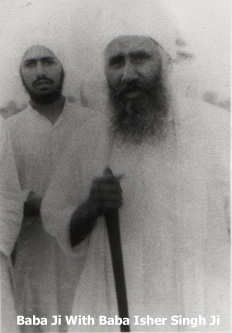 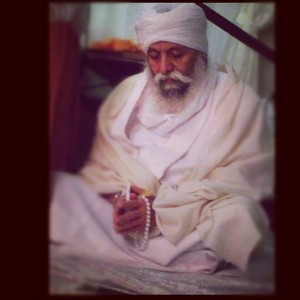 From then onwards, Baba Amar Singh Ji started the “Parchar” – preaching of the Sikh religion, Kirtan, baptising devotees and starting educational institutions in various parts of the world. In 1972, upon the request of the devotees of Dunstall Road, England, a house was purchased to start a Gurudwara. At that time nobody could ever dream of building a new Gurudwara costing 1 million pounds on that site. The land next to this place was also purchased at quite a hefty sum of money. Similarly the foundation stone of Nanaksar Thath Isher Darbar, Wolverhampton, U.K. was laid on that very site where Sant Baba Isher Singh Ji, Rara Sahib Wale held their last gathering of their life. Earlier a hall in Wolverhampton was booked for a “kirtan” session for a continuous duration of 14 days by Sant Baba Isher Singh Ji. Baba Ji used it for holding the “Diwan” for 13 days but on the last day Baba Ji left for their heavenly abode. Later Baba Amar Singh Ji also booked the same hall for “kirtan” gathering and finally purchased that place to build a Gurudwara on that very site. This has been transformed into a beautiful Gurudwara. Now there is a library and a separate hall for other functions in the Gurudwara such as religious classes, for the correct reading (pronunciation) and understanding of the Guru Granth Sahib are held in the Gurudwara. Various other religious activities such as monthly Sikhi Classes are also arranged and held in the Gurdwara for the benefit of the local children.

Letchworth City in U.K. is a city of flowers. It used to have few Sikh inhabitants but these few were quite devoted and used to travel to far distant places like Wolverhampton, Ilford, Hayes, or Slough to attend religious programmes of Baba Amar Singh Ji. On observing their keen interest and upon their request, Baba Ji built a Gurudwara in this beautiful city so that the devotees need not have to travel out for their religious obligations. Similarly Baba Ji has travelled to most places in U.K. to perform ‘Kirtan’ and enlighten the devotees more on Sikh religious teachings. 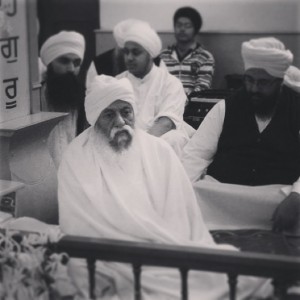 In 1972-73, while on a tour of Germany, Baba Ji met Singh Sahib Yogi Harbhajan Singh Ji and a massive baptization programme was organized and quite a large number of Sikhs partook “Amrit”. Later Yogi Ji invited Baba Ji to California in America to arrange for a baptization programme. At this function 28 local Americans were also baptised to the Sikh faith. Today Nanaksar Gurudwaras have been registered in Orlando, Phoenix, Maryland and Buffalo where many devotees gather to receive the blessings of Guru Granth Sahib Ji.

In Greater Kailash Part II, New Delhi, India, Nanaksar Thath Isher Darbar was established in July 1973. Besides the Gurudwara, there is also the Guru Nanak International Public School in which both formal modern educational subjects and Sikh religious (“Gurmat”) studies are taught. This place in Delhi has become the head office for the dissemination of information and controls the affairs of its branches all over the world.

Baba Amar Singh Ji visited Penang Island in Malaysia in 1972-73 and planned a large scale baptization (“Amrit”) programme for the devotees. Initially some of the local Gurudwara priests approached Baba Ji and tried to persuade him to abandon his plan for Amritpan saying that it will be difficult for the devotees to fulfil and maintain their religious obligations and requirements in that part of the world. To this Baba Ji replied, “We don’t have to keep or protect “Amrit” but “Amrit” would protect us and help us to overcome all our difficulties and short comings”. After this, Baba Amar Singh Ji visited other places throughout West Malaysia, Hong Kong and Singapore. During this period nearly 9800 devotees were baptized during these visits.

Some of the devotees from New Zealand, who used to come to Malaysia to attend religious programmes, invited Baba Amar Singh Ji to visit New Zealand and requested to establish a Gurudwara over there. After visiting New Zealand, Baba Ji with the help of the devotees purchased a piece of land measuring 7000 sq. feet and constructed a Gurudwara with adequate facilities for the teaching of “Gurmukhi” (Punjabi Script) and language. The Hon. Prime Minister of New Zealand attended the 300th year celebrations of the Creation of Khalsa in April 1999 held at the Gurudwara in Manurewa. Baba Ji made an appeal to the Prime Minister on behalf of the people of ethnic minorities who were seeking refugee status which she acknowledged to look into. The new building of Nanaksar Sikh Temple was inaugurated in March 2005. This is a 2 level architectural masterpiece, which is a landmark for South Auckland in New Zealand. This has been designed on the lines of The Golden Temple – the holiest Sikh shrine in Northern India. The upstairs Worship Hall promotes Spiritual Enhancement. The wide span without any pillars gives it the “feel of grandness”. The sachkhand made of glass on a wide stage enhances the spiritual presence in the Worship Hall. The ground floor hall is the Community Hall with its own distinct features. On the outside, the first to catch the eye are 40 small domes, 4 corner mid size domes and one big central dome on the roof. The arched windows and the paint combination of Gold and White colours make it strikingly vibrant. 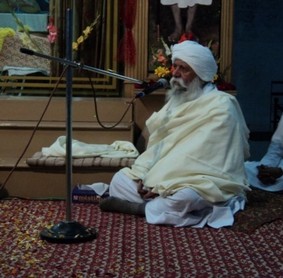 In the state of Victoria, Australia Baba Amar Singh Ji purchased a piece of land in Cranbourne in 1987-88. It was then an uninhabited place without the basic facilities. One of the disciples remarked and questioned as to why that holy man had purchased that useless piece of land. If you look at it today Cranbourne is one of the fast developing areas in Victoria and has all the modern amenities such as schools, a railway station, supermarkets, business centres etc. It is hoped Cranbourne will become fully developed in the near future. Where there was nothing before, there is a Gurudwara with an elementary school for the teaching of the Punjabi Language with “Kirtan” training provided. The new building project worth 2.5 million Dollars has already reached the ground level. Regular religious services are taking place in make-shift temple and the whole sikh community is supporting the new project.

The main objective of Baba Amar Singh Ji’s life is to link the Sikh Sangat with formal education and Sikh religious knowledge. He has always stressed on the need to acquire higher education in this very competitive world of ours. According to him the need to learn and understand “Gurbani” (Sikh religious scriptures) is of utmost importance. It is only through education one can truly understand the teachings embodied in the Guru Granth Sahib. It will also facilitate further and deeper research. Baba Isher Singh Ji also used to encourage good religious education among children. Baba Amar Singh Ji is following his foot steps by establishing various religious educational institutions all over the world to spread Sikh religious knowledge, culture and traditions. Besides this Baba Ji has also undertaken other projects to give the new generation higher education.

Baba Amar Singh Ji, realizing the need of the 21st Century, has opened up schools throughout India and abroad where besides education to the needy, students are cultivating above ideals in a remarkable way. In the UK and in other western countries, parents are loosing control over their children who are falling victims to drug abuse having abandoned their social, cultural and religious values. Baba ji has got a clear vision to open more and more educational institutions and to encourage various community development program mes in India as well as overseas. By so doing, Baba Ji is trying to link the new generation which seems to be straying away from its culture and tradition, back to the main stream. This he feels can only be done by concerted efforts by all through religious and professional education in schools and colleges.

Baba Amar Singh Ji is continuously endeavoring to spread the message of Guru Nanak Universal Brotherhood and knowledge across the entire world.